The doyen of Australian journalists covering China, the New York Times’ correspondent Chris Buckley — a doctor of philosophy from the Australian National University — has just been booted out of the People’s Republic. Married with a student daughter, he returned early this week to Sydney.

Tragically, the New York Times’ most distinguished China correspondent has just been booted out of the People’s Republic. Married with a student daughter, he returned early this week to Sydney. The reasons will never be made public, but no doubt include the tit-for-tat war of accreditation for journalists between the United States and China, and the general deterioration of their relationship as the two countries continue to decouple.

Underlying the expulsion, however, is the fact that Buckley’s presence had become hugely inconvenient to the brittle Powers That Be in this increasingly authoritarian polity.

Over the last 15 years he has broken more scoops about and produced more credible analysis of events in the People’s Republic than any journalist in the world. This naturally makes him a hero for many Chinese people — at least, those who can gain access to his writings via VPNs or other means — but a palpable target for ambitious apparatchiks.

Reporting in and on China requires a level of attention and perseverance considerably more intense than virtually any other field.

Buckley has become famous telling the world about a party-state whose inner workings have become ever more secret. Who makes which decisions and how, comprises a black box open to endless conjecture but into which virtually no light enters or leaks out. The size and positioning of photos and the regularity of the mention of names in People’s Daily, have as a result again become grist to the mill of China-watchers, as back in the 1950s and 1960s.

But Buckley, an unusually modest, reserved and determined journalist and scholar, has consistently found people within the system who are willing to talk with him about what they know.

He travelled to Wuhan on the day it was locked down in January and stayed there for 76 days as COVID-19 ravaged the population. He criss-crossed the city constantly on rented bikes and reported on life in the eye of the storm until in mid February his press accreditation ended, and the authorities refused to renew it. He then had to face the frustration of remaining in the city at the centre of global attention but unable to report on its resilience.

Buckley’s most recent big scoop was the publication six months ago in the Times of the Xinjiang Papers, 403 pages of internal state documents about the campaign of repression in Xinjiang that were obtained and passed on by an official who obviously could not be named, and who did so “to prevent communist party leaders, including [general secretary] Mr Xi [Jinping], from escaping responsibility for the program.”

The papers cite Xi as urging officials to use the “organs of dictatorship” and show “absolutely no mercy” in suppressing “terrorism, infiltration and separatism” in the region where Uighur public servants, students and teachers are currently being prevented from fasting during the holy month of Ramadan.

The papers also cite the region’s party secretary Chen Quanguo — who was transferred by Xi from Tibet, which he was credited with effectively pacifying — as instructing cadres to “round up everyone who should be rounded up,” a phrase echoing that of the corrupt prefect of police Louis Renault in the film Casablanca: “Round up the usual suspects.”

The road to China reporting

Buckley’s first degree was from Sydney University. The thesis for which the ANU awarded him a PhD in 1997 was on “Social mobility and stratification in urban China from Maoism through Reform.” He then shifted to Renmin (People’s) University in Beijing, studying communist party history, before shifting from academe to journalism.

He has worked in China for almost all the time since then — including as a researcher for the New York Times, followed by a long period as a Reuters China correspondent.

During this period he was often prominent in asking questions at Foreign Ministry press conferences, and was invited to ask one at the annual Premier’s press conference at the conclusion of the annual session of the National People’s Congress or parliament in March 2012 — which elicited the dramatic news from then Premier Wen Jiabao presaging the downfall of Politburo member Bo Xilai.

His transfer to the Times as a correspondent in late 2012 coincided with the publication by the newspaper of a report by David Barboza that relatives of Premier Wen secretly controlled $US2.7 billion assets.

The issuance of a new visa for Buckley as a Times correspondent consequently kept being delayed, until finally he had to leave Beijing at the start of 2013. He reported from Hong Kong until a minor thaw in relations led to his being accredited for the Times and returning to Beijing.

Since then, his journalism — especially about elite politics and about Xinjiang and other regions — has soared.

Australia has produced a succession of extraordinarily capable China correspondents since George Ernest Morrison, born in Geelong, was appointed as the first permanent journalist covering China for the London Times in 1897 — doing so through the tumultuous years until 1912, when he became the political advisor to the new President Yuan Shikai. Morrison was the first cousin of the great grandfather of The Australian’s present Foreign News Editor, James Morrison.

Robert Thomson, today the chief executive of News Corp worldwide, was formerly a China correspondent. So was the well-credentialled author and China scholar Richard McGregor, now at the Lowy Institute, and influential China consultant John Garnaut.

The ranks of Australian journalists in China are being rapidly depleted. In February, Philip Wen — who as Fairfax correspondent had pioneered, with Garnaut, the investigation of China’s influence in Australia — became the first Australian reporter to be expelled directly during the 70 years of the People’s Republic.

Foreign Minister Marise Payne responded then, through a spokesman: “Australia believes firmly in the fundamental rights of freedom of expression and a free press. It is our view that journalists should be able to carry out their work without unreasonable impediments.”

Wen was one of three Wall Street Journal correspondents told to leave China, following the newspaper’s publication of a commentary by Walter Russell Mead, who is at the Washington think-tank the Hudson Institute, which was headlined “China is the real sick man of Asia.”

Foreign Ministry spokesman Geng Shuang said that, although the expelled journalists had nothing to do with the commentary: “Media agencies that run articles blatantly insulting China … and maliciously smear China must pay the price. We are not interested in the division of work within the WSJ. There is only one media agency called the WSJ, and it must be ­responsible for what it has said and done.”

Of course, there is only one effective owner and controller of all media agencies in China: the communist party. Four years ago, Xi told Chinese media workers that “Party must be your family name.” From late last year, Chinese journalists are required to pass tests on Xi and Marxism in order to receive accreditation to persist in the profession. They are allowed to re-sit the exams just once.

Many Chinese officials and commentators believe that Australian journalists are somehow government directed, so that they too follow a party-line. Thus journalist coverage from China tends to bear the added burden of being perceived as carrying the weight of state approval and policy.

There is no true institutional comparability between Australian and Chinese media organisations, and attempted formal links tend to lead to misunderstandings. The recent round of expulsions from China follows revisions by Washington of the rules for Chinese media staff working in the United States. The US issued 425 visas for Chinese nationals working for non-American media in 2019. In 2018, it had issued 1,768 visas for media (I-visas) staff from Britain.

In March this year, four state media organisations — Xinhua news agency, China Global Television Network, China Daily and China Radio International — were instructed to reduce their Chinese employees in the US from 160 to 100.

Beijing in response revoked the credentials of almost every American working for the Wall Street Journal, New York Times and Washington Post.

The total number of foreign correspondents accredited by China is believed to have approached 1,000 in the lead-up to the Beijing Olympics in 2008, but has declined since then to just 536 in 2019.

This week, the US further tightened its rules, limiting the length of visas for Chinese journalists not employed by a US company to 90 days.

China had earlier begun reducing, for correspondents who had caused displeasure, the visa periods from one year — with interviews required with Foreign Ministry officials reviewing all foreign journalists’ performance, before renewal — to shorter periods, including for some, just one month. ABC correspondent Matthew Carney was given a visa of just 10 weeks before he left China at the end of 2018.

China’s party-state does not make itself accountable to media — those of the rest of the world, or its own. Caixin, a media group founded by the politically-connected Hu Shuli, uncovered much revelatory material in Wuhan about how COVID was tackled, but could only publish half of it.

Unsurprisingly, there are many courageous, skilful and independent-minded Chinese journalists in China. But they encounter almost insurmountable barriers in having their work published freely in the way they would like. And they are prevented from working as correspondents for overseas media, which is explicitly prohibited for Chinese nationals.

The National People’s Congress meets for just a fortnight every year, and provides only limited media availability. Access to courts is rare. There are very few press conferences, government or corporate. There are virtually no phone interviews, on or off the record, with senior officials in party, government or companies. The Internet is severely constrained and censored, with restricted access to many international sites as China imposes its “cyber sovereignty”. Diminishing numbers of academics and other analysts are prepared to be quoted directly, or especially to be filmed.

Last year, the annual survey of members of the Foreign Correspondents’ Club of China reported that 82 per cent of respondents had experienced interference, harassment or violence while reporting in China over the previous year.

The Press Freedom Index run by Reports Without Borders ranks China at 177th out of 180 countries.

Usually, Australian or other media seeking to report on places where they have no correspondent, or where they wish to deploy the skills of a specialist reporter to augment their coverage, send journalists there on short-term assignments. That is not possible for China, where journalist visas are only obtainable through the explicit sponsorship of a party or state agency, or via officially orchestrated visits.

So, massive kudos is due to Chris Buckley, the 19th foreign journalist expelled in the past 12 months, for helping the world understand China better, against so many odds, over the last couple of decades.

Such understanding just keeps getting harder. 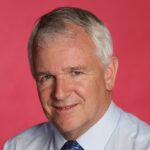