Western society needs to be more empathetic to China. Political agendas and deteriorated journalism integrity have stood in the way of information and communication. Such a trend benefits no one and imposes a danger to the world.

From the emergence of the first COVID-19 case on 1 December 2019 in Wuhan to 22 January 2020 when the Chinese government announced the lock down, doctors and medical researchers deepened their understanding of the virus based on scientific evidence, concluding that it was viciously contagious.

Beginning on January 23, China and many Asian countries immediately implemented drastic measures to control its spread. Despite information made available to the public by Chinese authorities and the World Health Organization (WHO), most Western countries didn’t intervene domestically until mid-March, when their breakouts became severe.  Wuhan paid a large price for the time it took to gain an understanding of the virus. The West could have avoided this cost just as the rest of China did. Why didn’t that happen?

During the period from January to early March, the Western world appeared not to take the threat of a global pandemic seriously. Many people attributed the devastating situation in Wuhan to the existence of communism in China, as if the virus were partial to a set of political ideals, asserting that the Chinese people have “backwards” hygiene practices and a “poor” healthcare system. They ignored the scientific facts indicating that the key to controlling the virus was to act aggressively within a brief window of time.

How could they be so blind to nature’s power, despite the knowledge gained from pandemics throughout history, just because this particular one was first uncovered in China? Insufficient understanding of and arrogance towards China have undeniably played a role in the failure to benefit from Wuhan’s early lessons and to avoid the catastrophic consequences the West is experiencing now. Many Westerners have an astonishingly outdated image of Chinese society. Despite the prevalence of global travel and instant communication, impressions of China in this part of the world, including many well-educated ones, are rooted in depictions of the country during an earlier era — the Cultural Revolution of the 60s and 70s. Those who have travelled extensively or studied, worked, or lived in contemporary China are the exceptions.

Domestic politics and compromised media might have rigidified these misunderstandings. Western political agendas, in particular that of the US, contribute to a prejudice against China. Many politicians riding a wave of contemporary populism have perpetuated an anti-China bias, since the historical anti-communism and recent economic scapegoating, to maintain the support of their base.

Articles published on some Western media outlets also lean towards a negative view of China with double standards. Although many, not all, maintain fact-checking standards, this perspective caters to the perceived tastes of an unsophisticated audience. This practice, in turn, reinforces the biased and outdated image of China. People’s inability to empathise with and appreciate China becomes so astonishing that media coverages that maintain high standards of journalistic integrity on Chinese issues are often ignored.

Social science research suffers from a similar bias. A current trend suggests that criticising China indicates not only academic independence and intellectual integrity, but also a belief in human rights and liberty. As a result, critiques that disregard or distort facts are better received than those warning that we might have failed to objectively evaluate China.

While institutionalised democracy provides stability, equality, and individual rights, the Western majority has failed to realise the dangers associated with an absolute moral judgement of other political, economic, and value systems—reducing differences to a choice between good and evil. On one hand, we embrace democracy, knowing its imperfections. On the other hand, a large portion of the population absolutely dismiss China, without considering how this country with an “evil” and “malfunctioning” system was able to create a miraculous economic boom over the course of the last four decades. Moreover, since grass-roots uprisings are central to China’s two-thousand-year history, why haven’t the Chinese people — 1.5 billion strong — overturned their Communist government if it is as evil as depicted by many on the outside?

A large country that is ruled under a different political system and whose people embrace different cultural values unsurprisingly generates fear among others. This fear has stood in the way for some countries to see China as a potential ally, rather than an alien culture and economic threat. A competitor doesn’t have to be a threat. Hostility between China and the US does not serve anyone well in the world.

History is a mirror. The sense of superiority that we observe in contemporary Western society towards the rest of the world reflects that witnessed historically in China, especially during the mid-Qing dynasty. When China aborted foreign trade after Zheng He’s Seven Great Voyages in the 15th century, the country was isolated for four centuries. By the 18th century, while emperor Qianlong maintained the idea that China was the centre of the civilised world, Europe‘s 18th-19th century industrial revolution would soon solidify its economic power.

Over the course of the past two centuries, Western civilisation has enjoyed a superior economic and technological status. This superiority might have discouraged a productive understanding of developing countries and those with different political systems and cultural values. The force of nature embodied by COVID-19 calls attention to the fact that prejudice and arrogance are the biggest dangers of all. Had we heeded Wuhan’s warning in a timely fashion, much suffering could have been averted. 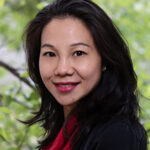 Meijun Qian is a Professor of Finance at the Research School of Finance, Actuarial Studies, and Statistics, College of Business and Economics, Australian National University.