Some Australian academics and commentators have accused Chinese international students of threatening freedom of speech in Australian classrooms by attempting to shut down discussions on controversial topics, such as on the status of Taiwan, and human rights in China. Yet others claim that these students bring much-needed diversity and different points of view into the classroom. Australian universities should seek to protect academic freedom, while better managing diverse classrooms and supporting international student experiences.

Some academics have raised concerns that students from China are a threat to academic freedom in the classroom. For example, Monash University academic Kevin Carrico has reported that he has faced pressures from Chinese students in his classes to avoid sensitive topics, such as human rights or the 1989 Tiananmen protests. Last year, some Hong Kong students reported feeling unsafe to express their opinions for fear of backlash from mainland Chinese students, after the on-campus clashes between mainland China and Hong Kong students.

Whether Chinese students pose challenges to academic freedom is very much contested. Fran Martin at the University of Melbourne argues that Chinese students challenging Australian perspectives on China in the classroom, which they may regard as biased and unfair, is an expression of their freedom of speech. Australian university leaders have emphasised that classrooms should be places of debate and discussion between Australian and Chinese international students.

Chinese students will continue to study in Australia even if numbers reduce post-COVID-19. Steps should be taken to reduce the threat to academic freedom while improving teaching and the student experience.

Adequate training for teaching staff, particularly casual and fixed-term staff, has not accompanied the expansion in student numbers from diverse backgrounds. Teacher training should be expanded to support staff to deal with controversial topics in a variety of classroom settings, including topics that may be deemed to be controversial by students from China, such as on the 1989 Tiananmen protests or the Cultural Revolution.

This training should focus on teaching strategies to support students to express their views regardless of their perspectives on the issues. They should aim to engage Chinese students, who sometimes feel that Western teachers and students interrogate them over Chinese history and record on human rights. Such interrogation does little to invite Chinese students to participate in critical discussion on China. The training should assist teachers to facilitate respectful debate between students and ensure that important and controversial issues are not avoided.

Teaching experiences on controversial topics should be reviewed and shared within and across universities. For instance, digital technology allows teachers to experiment with new ways of classroom participation. As many students from China lack confidence in their English language skills, or are concerned about criticising the Chinese Communist Party (CCP), anonymised responses to questions on online portals may be an option. This should not wholly replace verbal discussion in class.

2. Universities need to protect and expand the teaching of critical Chinese and Asian studies, especially on “controversial” topics.

The presence of Chinese students in language, translation and social science classes on China and Asia should provide an opportunity to expose them to critical perspectives that would not be possible on mainland China campuses. Unfortunately, recent surveys show the stagnation and even decline of Asian politics and Chinese studies.

3. Violence, harassment or behaviour that infringes on freedom of speech or should be investigated by university authorities.

When protests escalated at Australian universities over the Hong Kong democracy movement, violence flared up between protestors. While both sides claim that the violence came from the other side, numerous Hong Kong students at the University of Queensland claim that harassment by Chinese students has continued off-campus on social media in which they have received threatening messages and had their personal details posted online, making them feel unsafe.

For instance, while the University of Queensland claims to have initiated a review into the protests, it has not clarified how it will deal with past and future protests, nor is there any evidence that the current rules on harassment are being enforced. In contrast, it is taking disciplinary action against student activist Drew Pavlou for his involvement in the Hong Kong protests, political activism and criticism of senior leaders at the University of Queensland for their relationship with CCP officials. While the case has not yet been resolved, this suggests that the University of Queensland is not taking harassment and threats to freedom of speech seriously and seems more interested in punishing a student for his political activism.

Chinese students pay high fees, but feel that they receive little support in areas such health and mental health, English language learning and employment and housing advice. Many Chinese students are isolated in Australia, have few if any Australian friends, and often believe Australian students have biased understandings of China. On top of that, they may also experience racism. 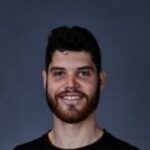 Diarmuid Cooney-O’Donoghue is a PhD candidate in Chinese Studies at Monash University. His thesis examines the perceptions of Chinese Communist Party influence on academic freedom.