The year 2019 marked a number of significant anniversaries for the People’s Republic of China (PRC), each representing different ‘Chinese dreams’. There was the centennial of the May Fourth Movement – a dream of patriotism and cultural renewal. The PRC celebrated its seventieth anniversary – a dream of revolution and national strength. It was also thirty years since the student-led Protest Movement of 1989 – dreams of democracy and free expression crushed by government dreams of unity and stability. Many of these ‘dreams’ recurred in new guises in 2019. President Xi Jinping tightened his grip on power at home whilst calling for all citizens to ‘defend China’s honour abroad’. Escalating violence in Hong Kong, the ongoing suppression of Uyghurs in Xinjiang and deteriorating Sino-US relations dominated the headlines. Alongside stories about China’s advances in artificial intelligence and geneticially-modified babies, and its ambitions in the Antarctic and outer space, these issues fueled discussion about what Xi’s own ‘China Dream’ of national rejuvenation means for Chinese citizens and the rest of the world.

The China Story Yearbook: Dreams reflects on these issues and more. It surveys the dreams, illusions, aspirations and nightmares that coexisted (and clashed) in 2019 in China and beyond. As ever, we take a cross-disciplinary perspective that recognise the inextricable links between economy, politics, culture, history, language and society. The Yearbook, with its accessible analysis of the main events and trends of the year, is an essential tool for understanding China’s growing power and influence around the world. 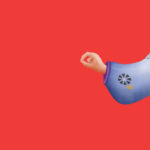 Forum: Illusions and Transformations - the many meanings of Meng 夢
From the Land of Illusion to the Paradise of Truth
Zhuangzi and his butterfly dream: the etymology of meng 夢

Chapter 1 - A Dream of Perpetual Rule

Forum: Enforcing the Dream
Xi Jinping’s War on ‘Black and Evil’
The Changing ‘Dream’ in the Classroom: Literary Chinese Textbooks in the PRC Chapter 3 - Meridians of Influence in a Nervous World 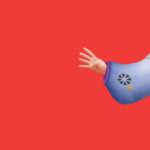 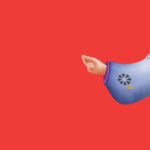 Forum: Vigilante Justice
Taking justice into their own hands: ‘Netilantism’ in Hong Kong

Forum: Sharing the Dream?
South Korea and the ‘China Effect’
Taiwanese Dreams: Security, Sovereignty, and the Space to be Seen